Here is where the Seattle Seahawks rank in terms of average, best and worst in our consensus Week 17 NFL Power Rankings:

Below you will find a Week 17 roundup for the Seahawks in our consensus 2020 NFL Power Rankings.

Shaquill Griffin, CB: He's missed four games due to injury, but Griffin has been the Seahawks' most reliable corner. Given his size, speed and age -- Griffin will be just 26 at the start of next season -- Griffin's best football might still be ahead of him. He's a player who could make himself some money in the playoffs if he performs well and the Seahawks make a run in the NFC. Regardless, Griffin will be one of the top options for teams in need of cornerback help this offseason.

The defense is rounding into form, which is a good thing for the playoffs. That's their identity.

Below you will find the weekly NFL regular-season schedule for the Seahawks in 2020.

The table below are all of the 2020 NFL Draft picks selected by the Seattle Seahawks.

The chart below displays the Fantasy Football Average Draft Position (ADP) movement over the past 30 days for Seattle Seahawks quarterback Russell Wilson in 12-team standard-scoring formats. 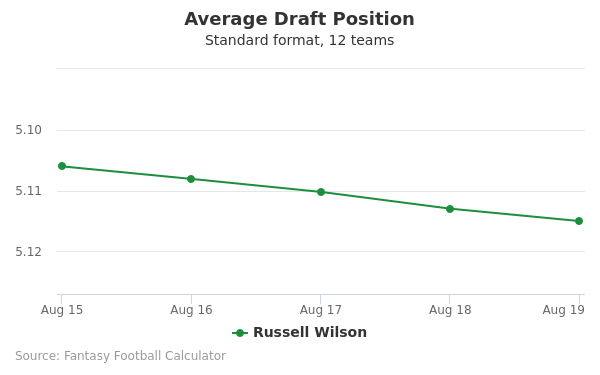