The following are picks in recent mock drafts for the Panthers:

A former five-star recruit out of IMG Academy, Neal has started at left guard (2019) and right tackle (2020) for the Crimson Tide and is expected to replace Alex Leatherwood at left tackle in 2021. The Panthers drafted Brady Christensen and Deonte Brown in the third and sixth round, respectively, but their best offensive lineman (right tackle Taylor Moton) will play 2021 on the franchise tag absent a new deal.

Safety Kyle Hamilton could potentially be a top five player in the next draft class, and his ultimate draft slot could come down to positional value. He was a First-Team All-American according to multiple outlets last season, and has the size and explosiveness to be a weapon against the pass.

Of course, whether the Carolina Panthers would draft him in this spot will come down to how another player wearing #14 fares in 2021: Quarterback Sam Darnold. If Darnold takes a big step forward under Joe Brady, then certainly Hamilton will be in play. If not, however, the Panthers likely look to the quarterback position.

Neal is a gargantuan tackle at 6-foot-7, 360 pounds. He played left guard as a freshman and then right tackle last year, where he earned an 86.4 run-blocking grade and a 73.1 pass-blocking grade.

Here is where the Carolina Panthers rank in terms of average, best and worst:

Below you will find a Week 4 roundup for the Panthers in our consensus 2021 NFL Power Rankings.

If there were a comeback player of the year for somebody who wasn't injured that previous season, Sam Darnold would have a big head start. He has gone from the worst total QBR (41.4) over the past three seasons with the Jets to No. 6 so far this season. He has completed 68.2% of his passes, way up from his league-worst 59.8% in New York. He has thrown three touchdowns to only one interception and has three rushing touchdowns, two fewer than he had from 2018 to 2020. According to recently traded tight end Dan Arnold, now with the Jaguars, Darnold is playing at a "premier level," a level that could continue. -- David Newton

"We're a football team. We're not the Carolina Christian McCaffreys." Panthers left tackle Cameron Erving struck a tone of defiance after McCaffrey exited Thursday night's win over the Texans with a hamstring injury that will likely cost him multiple weeks. The Panthers took advantage of a soft schedule to jump to a 3-0 start, but they enter the teeth of their slate without their superstar running back or rookie first-round pick Jaycee Horn, who broke multiple bones in his foot against Houston. Carolina addressed the secondary loss with a bold trade on Monday, sending tight end Dan Arnold and a third-round pick to the Jaguars for cornerback C.J. Henderson, last year's ninth overall pick.

Below you will find the weekly NFL regular-season schedule for the Panthers in 2021.

The table below are all of the 2021 NFL Draft picks selected by the Carolina Panthers. 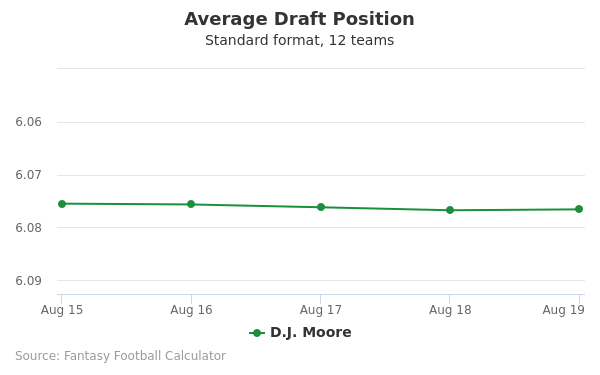