The following are picks in recent mock drafts for the Chiefs:

Before the Chiefs released starting (but injured) tackles Eric Fisher and Mitchell Schwartz, it would have been reasonable to slot a tackle here given how much pressure they allowed in the Super Bowl. With both tackles no longer on the roster, it's become even more of a pressing need for 2021 and beyond. While he lacks ideal length and strength, Cosmi was a three-year starter at Texas with experience at both right tackle (2018) and left tackle (2019, 2020) and possesses outstanding athleticism.

The Chiefs surprised many with the release of longtime starting tackles Eric Fisher and Mitchell Schwartz, but there is young talent already on the roster. This year's draft offers plenty more, including Jenkins, among the nastiest blockers in this class and a four-year starter with experience on both sides.

Zero sacks in 171 pass-rush snaps last season scares me on Oweh, but it's really hard to turn away from his remarkable pro day. You don't want to get too caught up in the athletic testing but … my goodness. Perhaps Steve Spagnuolo can unlock his potential and unleash him on the AFC West.

Here is where the Kansas City Chiefs rank in terms of average, best and worst in our consensus Week 17 NFL Power Rankings:

Below you will find a Week 17 roundup for the Chiefs in our consensus 2020 NFL Power Rankings.

Sammy Watkins, WR: He has not put up big numbers this season. Watkins has appeared in 10 games and played 50 percent of the snaps, producing 421 receiving yards and two touchdowns. But he's had big postseasons before and could boost his stock in the weeks ahead. Watkins will be just 28 at the start of next season.

They have locked up the top seed in the AFC, but they haven't looked dominant for much of the second half of the season. Can they pick it up come playoff time?

Below you will find the weekly NFL regular-season schedule with results for the Chiefs in 2020.

The table below are all of the 2020 NFL Draft picks selected by the Kansas City Chiefs. 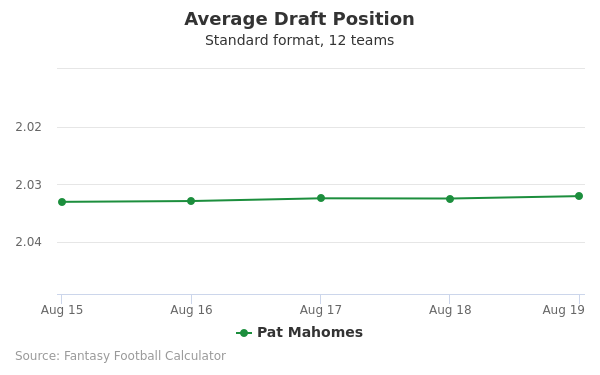