The following are picks in recent mock drafts for the Patriots:

It wouldn't surprise me if Wilson is off the board before teammate Chris Olave and/or if he's the first receiver drafted in 2022. That said, the Patriots were big spenders in free agency, but they will go into the 2021 season with Jakobi Meyers, Nelson Agholor and Kendrick Bourne atop the depth chart at wide receiver. Adding better weapons for Mac Jones starts here with Wilson.

There are a few different directions the New England Patriots could look to travel early in the 2022 NFL draft. Wide receiver might be a position that Bill Belichick addresses, as is cornerback depending on the status of both Stephon Gilmore and J.C. Jackson. Then there is linebacker. While New England is getting veteran Dont'a Hightower back after opting-out in 2020 -- and there will be no Hightower slander from this author, as the veteran should have at least one Super Bowl MVP trophy on his mantle -- Belichick could look to draft his replacement. Ventrell Miller has been a mainstay in the middle of the Florida Gators defense the past two seasons, and could be the kind of linebacker that Belichick covets.

Through four games in 2020, Daniels was shutting down his side of the field in his first year as a starter before getting injured. He allowed only six catches from 18 targets for 100 yards with five pass breakups. He's an explosive dude who can hang clean 400 pounds despite weighing only 193 pounds.

Here is where the New England Patriots rank in terms of average, best and worst:

Below you will find a Week 4 roundup for the Patriots in our consensus 2021 NFL Power Rankings.

Mac Jones has completed 81 of 120 passes for 737 yards and two touchdowns with three interceptions. Jones is growing into the job, and there have been some predictable rookie growing pains -- such as his first interception against the Saints on Sunday. He has been solid in the shorter passing game, but he hasn't been able to consistently connect down the field. Overall, teammates are bullish on him as their leader, and that should bode well for his development. "Tough kid, poised, kept throwing punches," starting center David Andrews said. -- Mike Reiss

The Patriots were the NFL's gold standard for so long that it's almost jarring to see how ordinary Bill Belichick's team has become. New England authored no flashbacks to former glories on Sunday, a listless 28-13 loss to the Saints that featured three Mac Jones interceptions. This uneasy period of self-reflection comes at an awkward time for the organization: Tom Brady makes his return to Gillette Stadium on Sunday night with a great chance to set the NFL's all-time passing-yardage mark. Brady continues to cast a huge shadow over the organization -- this week is going to feel like a total eclipse. "The Patriots have done nothing but win for a long time," Jones said after losing to New Orleans. "We have to get back to that." The rookie has opted into a world of impossible expectations.

Below you will find the weekly NFL regular-season schedule for the Patriots in 2021.

The table below are all of the 2021 NFL Draft picks selected by the New England Patriots. 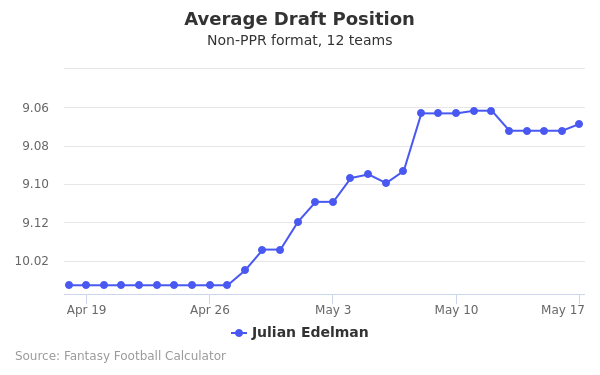