The following are picks in recent mock drafts for the Colts:

The Philadelphia Eagles could have three picks in the first round, and that depends on what Carson Wentz does during the 2021 season. As part of the terms of the Wentz trade the Colts included a conditional selection with these terms: If the quarterback plays on 75% of the Colts' offensive snaps in 2021, or if he plays on 70% of the snaps AND the Colts make the playoffs, the Eagles will receive Indianapolis' 2022 first-round selection. If Wentz fails to hit those numbers, the Eagles will receive the Colts' 2022 second-round selection. Let's take the "glass half-empty" approach and assume Wentz does not meet those conditions, and therefore give Colts fans a reason to read this mock draft.

Despite the retirement of Anthony Castonzo, the Colts did not add to the offensive line until the seventh round of the 2021 NFL draft, so this could be a position the team addresses early in 2022. Charles Cross was impressive last year in his first season starting at left tackle, and if he continues to impress he could leave school after the end of his redshirt sophomore season, making him an option for the Colts next draft.

Metchie could be the fifth Alabama wide receiver selected in the first round in three years. He had 916 yards on 55 receptions and six touchdowns in an offense dominated by Heisman Trophy winner DeVonta Smith and Najee Harris. He'll be Bryce Young's clear-cut number one target in the fall.

Here is where the Indianapolis Colts rank in terms of average, best and worst:

Below you will find a post-draft roundup for the Colts in our consensus 2021 NFL Power Rankings.

Player who benefited most from draft: DE DeForest Buckner

The Colts lost 15.5 sacks of support for Buckner along the defensive line with the departures of Justin Houston (8.0) and Denico Autry (7.5) during the offseason. The Colts hope first-round pick Kwity Paye will help make up for some of those sacks. Paye, an edge rusher out of Michigan, will have the inside track to become an instant starter. Paye had 11.5 sacks during his college career. Buckner will also get even more help at some point once second-round pick Dayo Odeyingbo returns from his torn Achilles. Odeyingbo, an edge rusher who played at Vanderbilt, tore his Achilles while working out in January. -- Mike Wells

The Colts lost 15.5 sacks of 2020 production when they moved on from Denico Autry and Justin Houston, so general manager Chris Ballard used the top of his draft to fortify the pass rush. Indy used the 21st overall pick on Michigan defensive end Kwity Paye, a popular pick as the best edge rusher in this class. In the second round, the Colts grabbed another high-upside pass rusher in Dayo Odeyingbo, who's currently rehabbing an Achilles injury. The Colts have received some criticism over their failure to adequately address the offensive line following the retirement of left tackle Anthony Castonzo, and we get it: Indy waited until the seventh round to take an O-lineman. Quite a roll of the dice with a skittish Carson Wentz behind center.

Below you will find the weekly NFL regular-season schedule for the Colts in 2021.

The table below are all of the 2021 NFL Draft picks selected by the Indianapolis Colts. 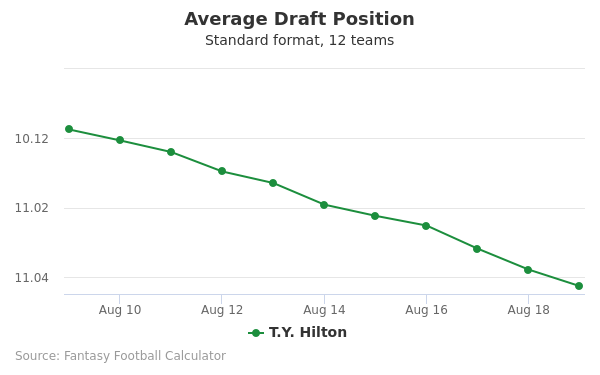